In this analysis I will explore the Top 4000 most backed projects ever on Kickstarter and search for interesting insights and trends.

I will answer these and a lot other questions in this analysis.

Kickstarter is a platform for millions of creators to present their innovative ideas to the public. This is a win-win situation where creators could accumulate initial fund while the public get access to cutting-edge prototypical products that are not available in the market yet.

In this dataset we have projects from all around the world.

Fortunately we also have the cities where these projects come from, so below are the top ten cities that have more representation on the most backed projects ever on Kickstarter. 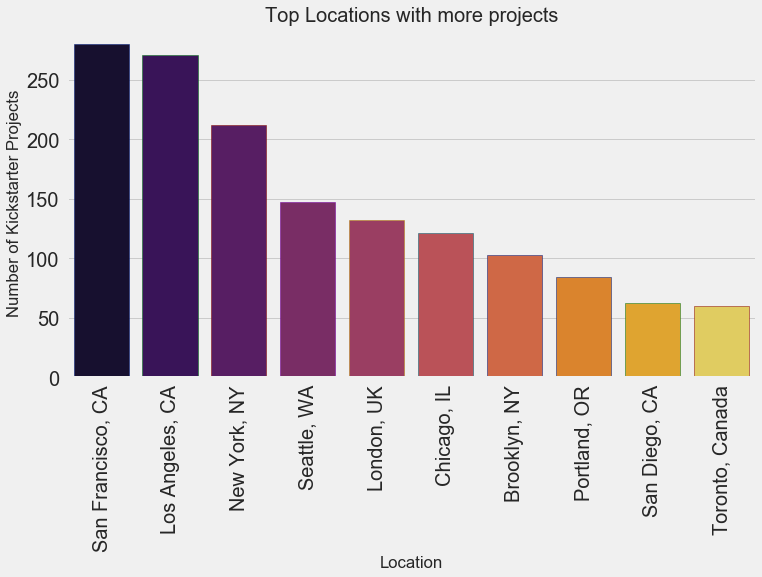 San Francisco leads the ranking, followed by LA and NY. Seattle and London come next. The top 4 cities with more projects belongs to the US. Actually, if London wasn't here, the top 9 (at least) would belong to the United States.

What about the industry that has more projects? 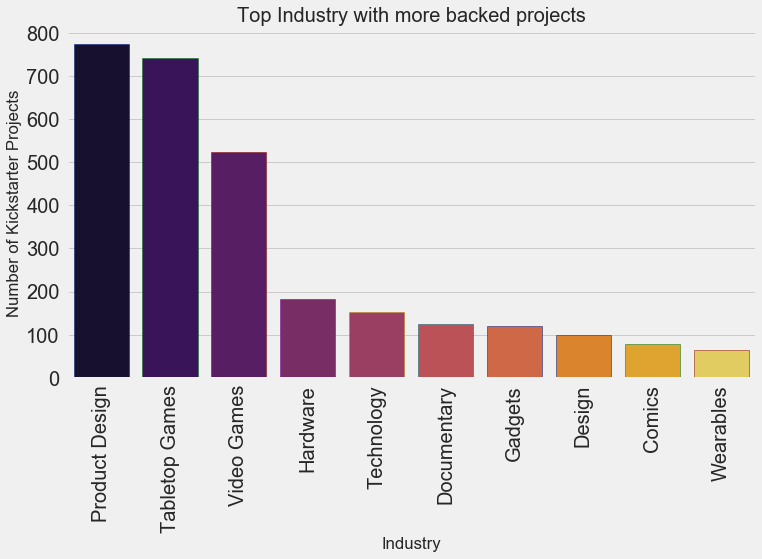 We have 115 types of industry here represented.

Among those 115, Product Design is number one, followed by Tabletop Games and Video Games. Hardware and Technology come next.

What about the industry that has less projects?

Below are the top 12 industries that are less represented.

Please note the y axis. All these industries have just one project assigned to them. 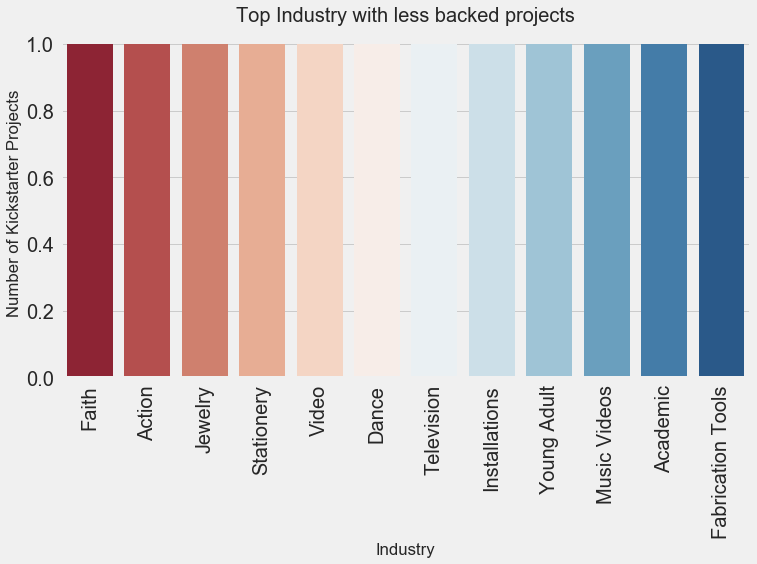 There are 461 authors that have more than one project. It represents 11.5% of all entrepreneurs. 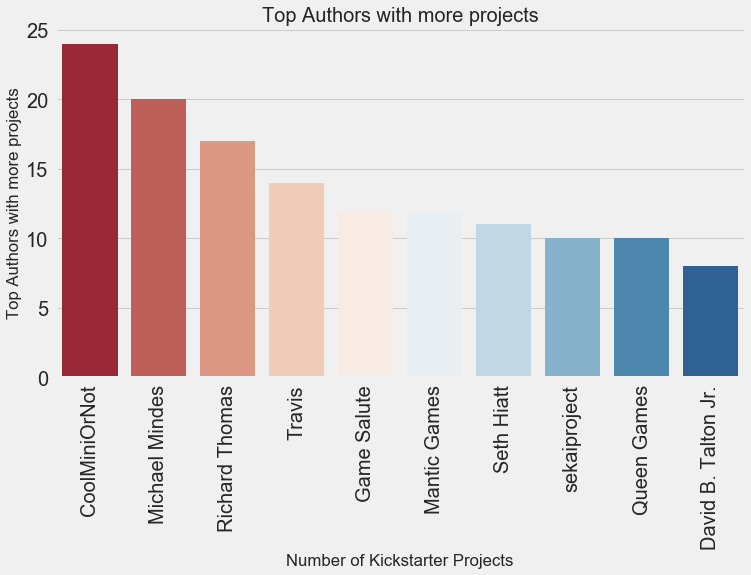 As we can see from the graph above, the top 10 entrepreneurs with more projects have more than 8 projects.

CoolMiniOrNot leads the ranking with an impressive number of projects: 24.

According to the web, this company is the Internet's largest gallery of painted miniatures, with a large repository of how-to articles on miniature painting.

So far we did an analysis based on absolute values, that is, we didn't take into account the amount pledge averaged by category or by the number of backers. Let's do this!

Television is the most pledged industry.

But taking a closer look, well, it makes sense. There is just one project in this category and the amount pledge was 5,764.229 US Dollars.

According to Wikipedia, Joel Gordon Hodgson is an American writer, comedian and television actor. He is best known for creating Mystery Science Theater 3000 and starring in it as the character Joel Robinson.

In the bottom of this list is Donnalou Stevens. According to Google, she is a singer with a couple of hits already.

According to the dataset, the 3D printing industry is trendy, attracting on average in this category, 3394 backers.

Then comes Academic and Accessories.

In the top bottom is World Music, Young Adult and Zines.

Since we previously cleaned the title and blurb using the function def normalize_text, we are now ready to extract some insights from both features.

On average, description has 20 words. The most common are: Game, new, world, first, card. 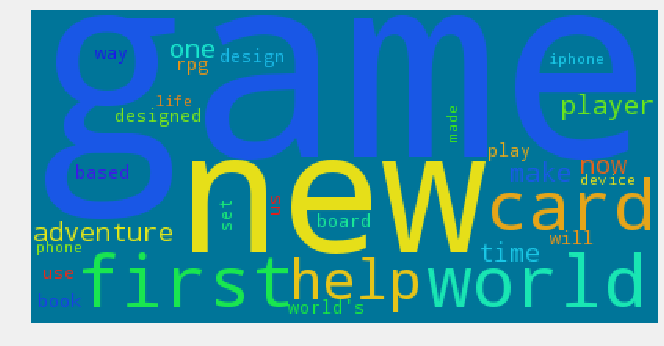 On average, title has no more that 5 words. The most common words here are: Game, card, smart, first, playing. 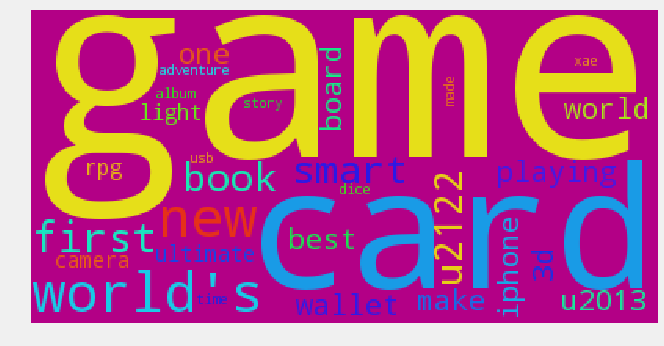