This report lists each failure of a commercial bank, savings association, and savings bank since the establishment of the FDIC in 1933. This dataset goes from 1934 till 2017. Data on estimated losses are not available for FDIC insured failures prior to 1986 or for FSLIC insured failures from 1934-88.

In this dataset, 70% of all Financial Institutions are Commercial Bank. The majority of them were acquired afterwards. Most of these failures occurred during the Savings and Loans Crisis. The highest amount estimated loss belongs to IndyMac Bank that reported 12 Billion in losses.

The aftermath of the savings and loan crisis during of the 1980s and 1990s is very clear in the graphic below. During that period, 1,043 financial institutions went bankrupt. It is interesting to see that the impact of the 2008 financial crisis was weaker than the Saving and Loan crisis in terms of commercial banks failures. 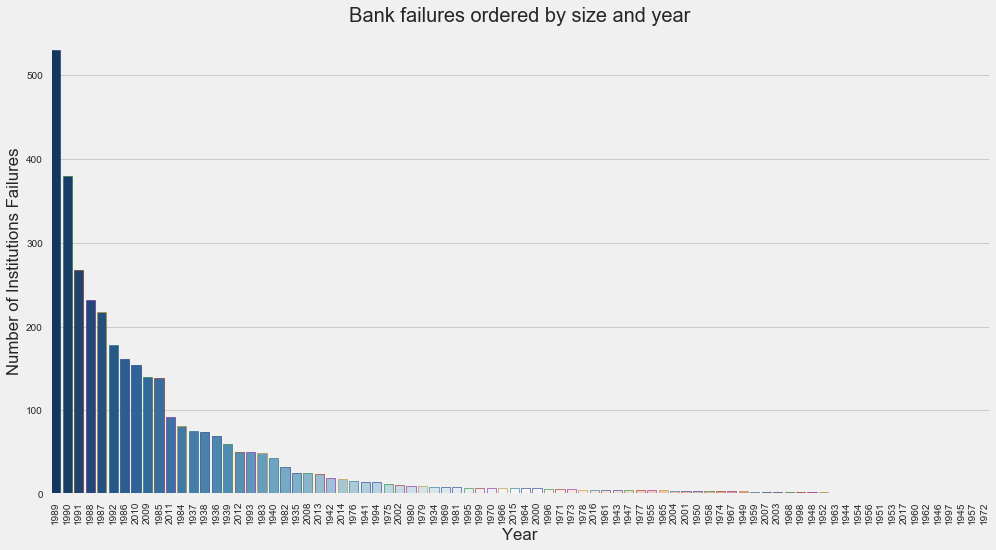 Most of these commercial banks had its headquarteres in Texas. Then follows the states of California, Illinois and Florida. 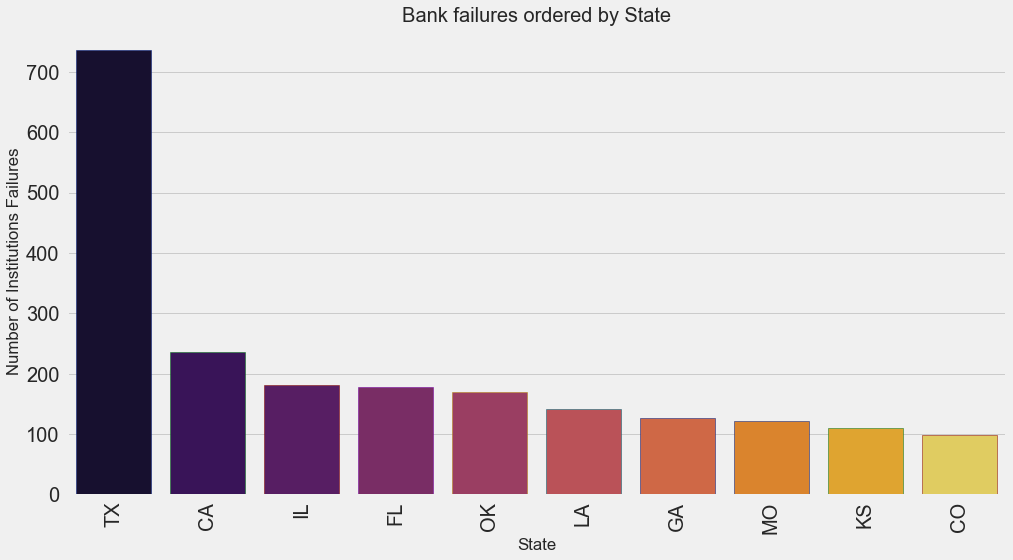 As said previouslly, most of this dataset is represent by Commercial Banks, followed by savings association and savings bank. 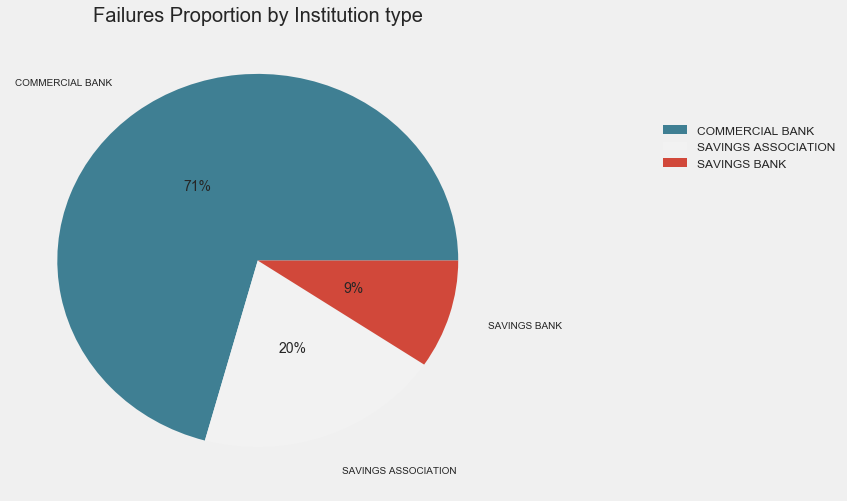 When it comes to monetary losses, the Washington Mutual Bank had the highest deposits (188 Billion) and assets (307 Billion). The highest amount estimated loss belongs to IndyMac Bank that reported 12 Billion in losses.

I will log the values of Assets, Deposits and Estimated Losses so I can accomodate skewness towards large values. The minimum loss is only about 316 thousand, whereas the maximum is 371 Billion.

The losses are in a upward trend since the 1930's and reached its peak in 1990 during the Saving and Loan Crisis. 20 years later the highest amount was reported, during the 2008 financial crisis.